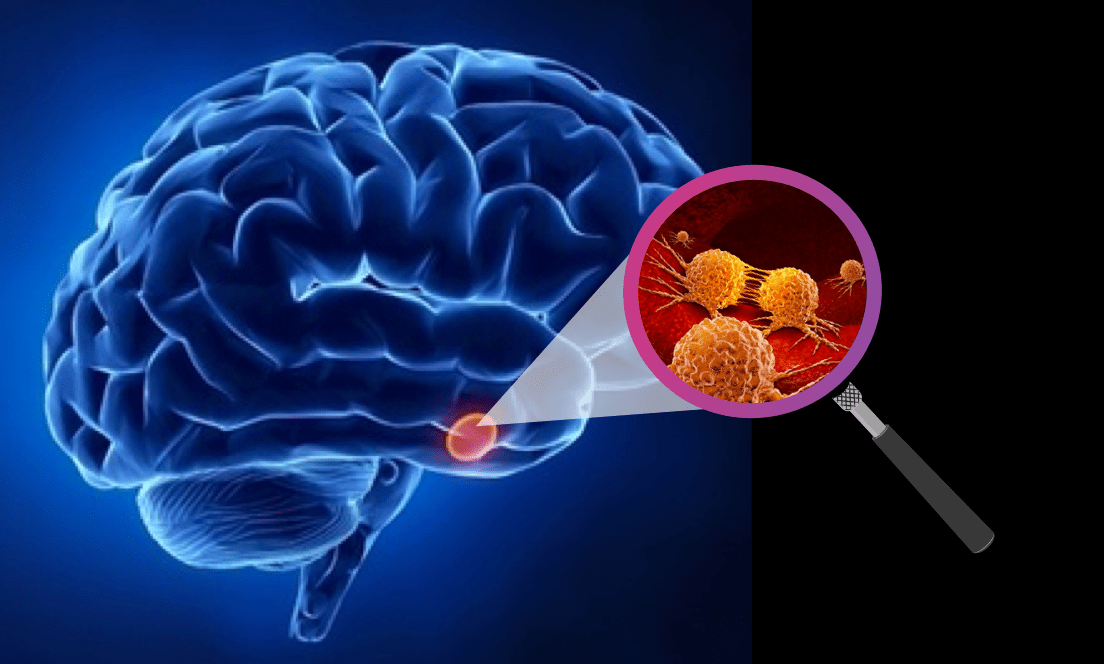 If you are suffering from headaches, blurred or double vision, vomiting, confusion, seizures (in adults), weakness of a limb or a part of a face, or a change in mental functioning1, there is a possibility that you may have a brain tumour.

Brain tumours and their types

A brain tumour, also known as intracranial tumour, is an abnormal mass of tissue when cells grow and multiply uncontrollably. As per published literature, there are 150 different types of brain tumours2 but there are classified in two main groups, primary and metastatic.

Headaches – This warning sign is the most ignored one as often one just pops a painkiller and gets on with the work. An indication of headache being linked to brain tumor is when severe headache is accompanied by nausea, dizziness and other symptoms.

Unexplained nausea or vomiting – Often, this warning sign is attributed to food poisoning or generic feelings of nausea but this could also indicate brain tumor.

Inability to balance oneself – If one trips more often or misjudges the distance between objects, it may indicate brain tumour. This is because tumour is present in the part of the brain responsible for balancing two sides of their body and this confuses the balance apparatus.

Personality changes – There are many reasons for this to occur – from pregnancy to menopause but when combined with other symptoms such as experiencing confusion, difficulty remembering simple tasks or recalling the names of everyday objects can be an indication of brain tumour.

Seizures – Seizures are easiest to recognise especially in people with no history of seizure-inducing conditions such as epilepsy or a B12 deficiency. It can range from mild loss of control and consciousness to violent bursts of shaking.

Loss of sensation in limbs – If an arm or a leg doesn’t move or feels numb and unresponsive, it doesn’t necessarily mean muscle spasms or muscle-related injury, it is a warning signal for brain tumour and should not be ignored.

Vision problems – If visions goes blur, or one sees spots or shapes, visit an optician to rule out eyesight issues. If there is no explained causes of vision problems, consult an oncologist to check for brain tumour.

There are four grades of brain tumour4.

Grade I – Here the cells look like normal brain cells and the tissues are benign.

Grade II – The cells do not look similar to normal cells and the tissues are malignant.

Grade IV – The malignant cells in this grade look abnormal and grow at a rapid rate.

Brain tumour can be diagnosed by5:

A neurological exam – Consists of checking your vision, hearing, balance, coordination, strength, and reflexes to diagnose the difficulty in one or more areas to understand which part of the brain is affected by the tumour.

Biopsy – A sample of abnormal tissue is collected and tested through biopsy. A stereotactic needle biopsy is done for hard-to-reach areas or very sensitive areas within the brain.

Age – Brain tumours have been mostly observed in children and older adults, however, they can develop in people of any age group.

Race/Ethnicity/Socioeconomic status – In the US, white people are more likely to develop brain tumours than blacks. Also, brain tumours are detected more in northern Europe than in Japan. Also, people whose parents were born in Sweden, in particular, have around 21 percent higher chances of developing brain tumours than others who are not.

Radiation exposure – Exposure to radiation such as CT scan or X-ray of the head, therapeutic radiation therapy to treat leukemia or scalp psoriasis as well as radiation related to atomic bomb blasts are linked with a higher risk of developing brain tumour.

Personal history of cancer – Having childhood cancers, and cancers such as non-Hodgkin’s lymphoma, leukemia, and glioma in adults are associated with an increased risk of developing brain tumours.

HIV/AIDS – Having HIV/AIDs doubles the risk of developing a brain tumour.

Overweight/Obesity – Overweight and obese people who have a body mass index greater than 30 have an increased risk of brain tumours.

History of seizures – Having seizures is said to be directly linked to the occurrence of brain tumour.

Pesticide exposure – According to some evidence, insecticides used at home such as flea and tick products of animals are linked with the development of brain tumours.

Occupational and Household Exposures – Those who work with petrochemicals, power generators, synthetic rubber manufacturing, or agricultural chemical manufacturing who are exposed to solvents, rubber, or vinyl chloride have an increased risk of developing a brain tumour.

Treatment is decided upon by the size, type, and grade of the tumour. The treatment options available are7:

Surgery – The treatment option of surgery is used when the tumour can be removed.

Chemotherapy – Chemotherapy drugs are used to destroy tumour cells. These are given in a specific number of cycles over a set period of time.

Alternating electric field therapy – A non-invasive portable device is a treatment used to interfere with the parts of a cell needed for tumour cells to grow and spread.

After all these treatment options, there are chances of recurrence which again must be treated. Hence, there is no definite and single approach to treating brain tumours. It requires constant monitoring and subsequent treatments to combat it. At times palliative care may be suggested to help in relieving symptoms and side effects.